BikeReg continues its support of elite and developmental cycling in the U.S. with new riders to add to the already strong squad. 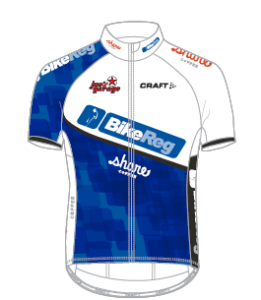 For the eighth consecutive year, BikeReg will support an elite amateur cycling program. With a long history of excellence and rider development resulting in many riders graduating to the professional ranks or working in the endurance sports industry, BikeReg sees real value in supporting these up and coming talents. The team is composed entirely of amateur riders who compete on both the regional and national level.

Joining the team from New York state and Lees-McRae College is 23 year old Alec Hoover. Hoover had two wins and eight top five finishes during the 2015 road season. He will bring his climbing and time-trialing strength to the team in 2016.

Two riders from Furman University also join the team. Both Brian Suto and Nate Morse will bring years of experience to the team and will add to the Under-23 roster, developing the next generation of leaders in our sport.

Suto saw several top ten finishes last year during his breakout season including great rides at the Bound Brook Classic and the historic Fitchburg Criterium. Morse, back from iliac surgery, is looking stronger than ever with a top 15 at Cyclocross Nationals with only a handful of training days under his belt.

Follow the BikeReg Elite Cycling Team:
Facebook
Twitter
Instagram
About the athleteReg-sponsored teams:
athleteReg has made it a priority to support a wide array of teams, clubs, and individuals across multiple disciplines. Giving back to the sports we love is part of our mission. Current and past support has included our elite road and cyclocross teams composed of men, women, and U-23 riders, an elite women’s road program, cycling and running clubs around the country, professional and grassroots cycling and running race series, youth programs in running, cycling, skiing, and much more. We’ll be highlighting these programs throughout the year.